While Redeemer Fellowship Church began in 2009, we are heirs to a rich heritage here in Watertown and in our property, carrying a legacy spanning five centuries.

After suffering persecution in England at the hands of Charles I, thousands of Reformed evangelicals emigrated to Massachusetts. In 1630, John Winthrop (1588-1649), governor 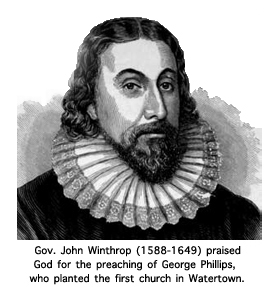 of the Massachusetts Bay Colony, led the first wave of Puritans across the Atlantic to the New World. With him on the ship Arbella was the Cambridge-educated Rev. George Phillips (1593-1644), of whose sermons at sea Winthrop praised, saying, "we have much cause to bless God for him." Phillips was one of the seven signers (and most likely the author) of Winthrop’sHumble Request, a sort of Puritan 'farewell' to the King and Church of England. The letter is filled with politeness and over-the-top niceties, but the discerning reader will note his sarcastic jabs against the establishment.

The Puritans landed in Mass. en masse and Rev. Phillips immediately set off up the "Charles Ryver" with Sir Richard Saltonstall (1586-1661) to establish a brand new settlement they called Watertown. Phillips wrote the Covenant that 41 men signed as they founded the community. Their mission was astonishing:

"We ... have undertaken (for the promoting of His glory, and the Church's good, and the honour of our blessed Jesus...) a long and hazardous voyage from… Old England in Europe, to New England in America; that we may walk before Him, and serve Him without fear, in holiness and righteousness, all the days of our lives ... and enter into a sure covenant with the Lord our God, and before Him, with one another, by oath... to renounce all idolatry and superstition, will-worship, all human traditions and inventions whatsoever in 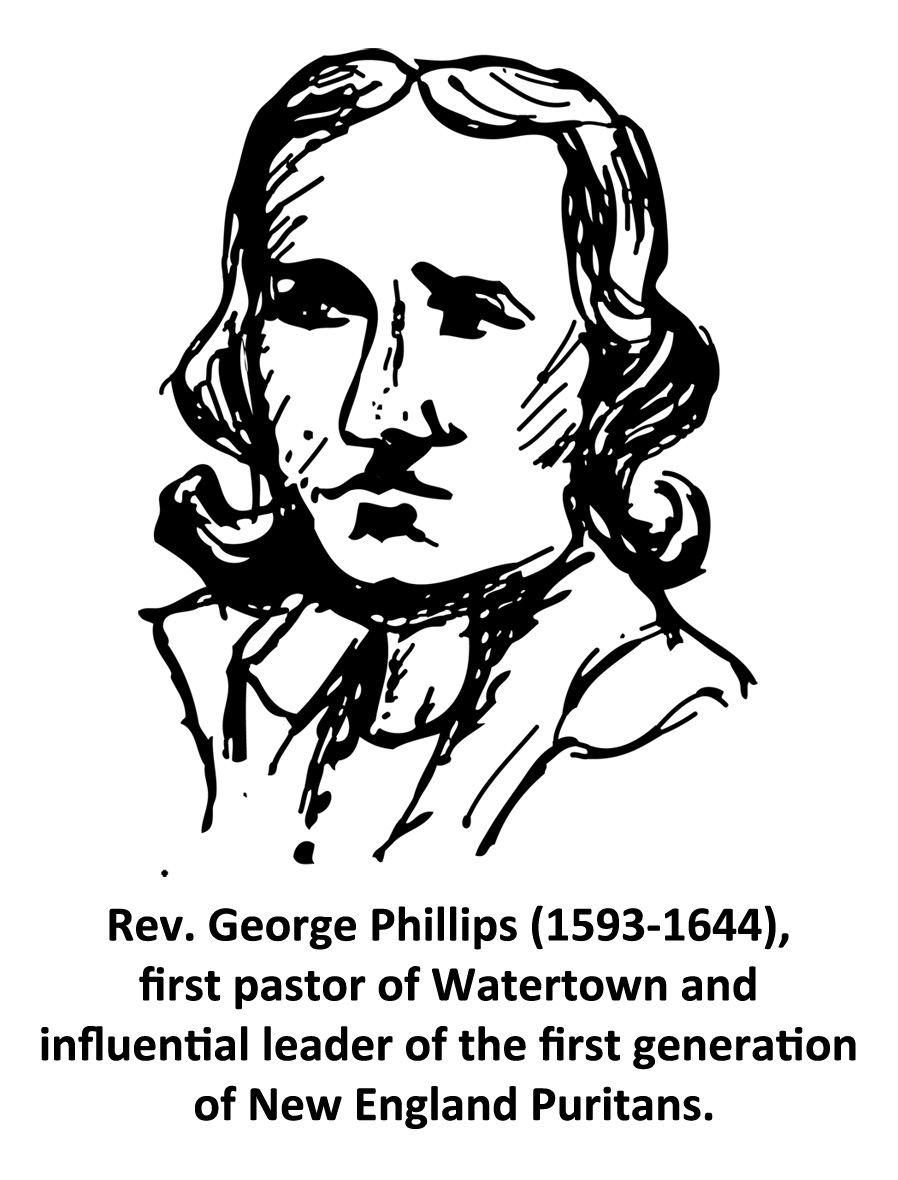 the worship of God; and forsaking all evil ways, do give ourselves wholly unto the Lord Jesus, to do Him faithful service, observing and keeping all His statutes, commands, and ordinances, in all matters concerning our reformation, His worship, administrations, ministry, and government, and in the carriage for ourselves among ourselves and one towards another, as He hath prescribed in His holy Word.

Further swearing to cleave unto that [the Word of God] alone, and the true sense and meaning thereof to the utmost of our power, as unto the most clear light, and infallible rule, and all-sufficient canon in all things that concern us in this our way."

Watertown as a community of Christians was established with a commitment to cleave unto God's Word alone. It is this mission -- the proclamation of God's Word -- that we at Redeemer today are striving to fulfill.

Although Rev. Phillips was one of the influential shapers of New England Congregationalism, he was controversial among his Boston brethren in that he tolerated Baptists! One historian wrote, "Phillips lived in peace with his Baptist parishioners, admitting freely that he did not consider immersion wrong, but merely less convenient than sprinkling." As Baptists we love him for that, but it still doesn't change the less-convenient-for-us fact that our building has no baptistry (we bought a portable one!).

The nineteenth century saw a philosophical and religious revolution in New England, with the Watertown area being 'ground zero'. Unitarianism, the belief that God exists in one person only and that Jesus and the Holy Spirit are not members of a Trinity, rapidly overtook Boston. The whole gospel was being rejected. Harvard University, just three miles from us, was founded in 1636 to train Calvinist ministers, but summarily shifted to Unitarianism in 1803. Most of the old Puritan churches in the Boston area followed suit, including the First Parish of Watertown in the 1830s. 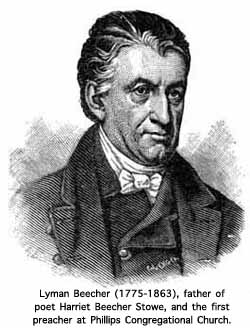 But in 1855, a group of orthodox, Trinitarian Christians set out to replant a gospel church in Watertown, naming it Phillips Congregational Church in honor of their spiritual forefather, George Phillips. The church's first pastor was Rev. Lyman Beecher (1775-1863), student of Jonathan Edwards' grandson Timothy Dwight at Yale. He is considered a leader of the Second Great Awakening, but he's probably more famous as the father of poet and novelist Harriet Beecher Stowe (author of Uncle Tom's Cabin), and abolitionist leader Henry Ward Beecher.

Over the nearly 160 years at this address, a couple fires claimed a couple buildings of Phillips Congregational Church, but the current building on this footprint was completed in the 1920's and 30's. In 2009, the Lord provided this 35,000 square foot facility for Redeemer when Phillips Congregational merged with another church and sold us the property. And that part of the story can be read here. 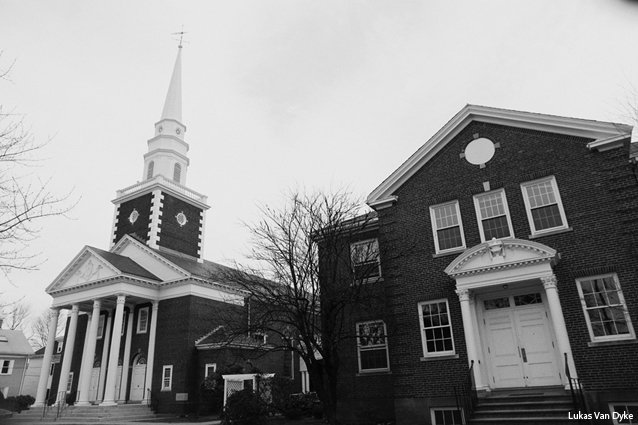 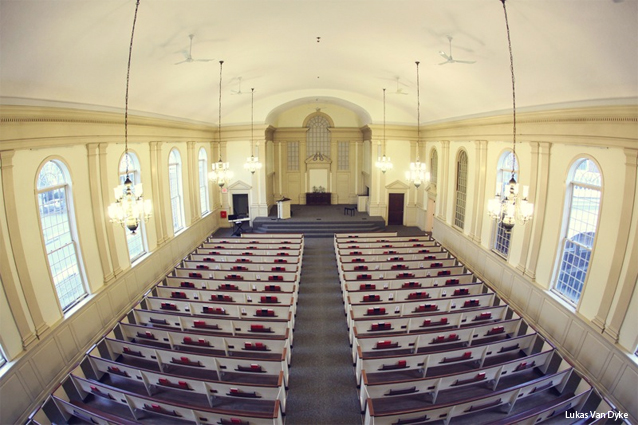 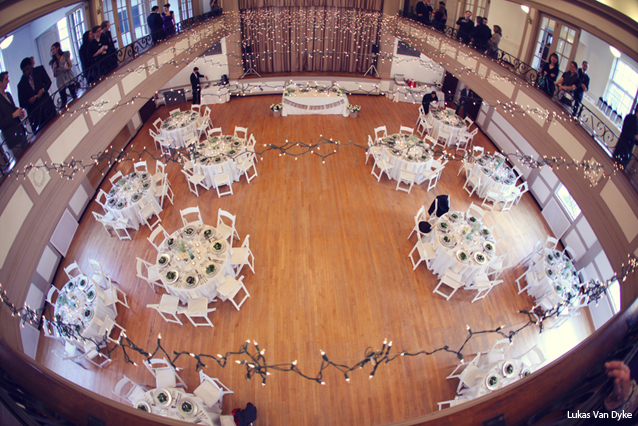